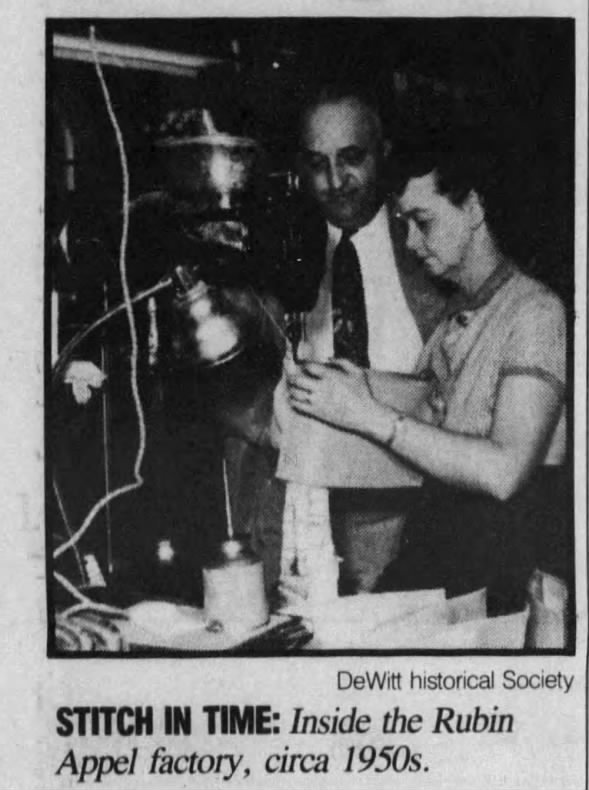 Sat, Mar 7, 1992 – 24 · The Ithaca Journal (Ithaca, New York) · Newspapers.com
In 1952, the City of Ithaca relocated a portion of road to give better access to Therm Electric Meters Company Inc., which was “westerly of the plant of R. Appel, Inc.” This was a portent of what was to come just seven years later.
By October 1959, the factory was down to 44 workers. The price of leather had gone up, steel to make purse frames was hard to come by because of a labor strike, and imported fabrics were hurting the US handbag industry. That November, the R. Appel company sold some of its real estate to Therm, Inc. (still in existence at the same location). No purchase price was reported for the one acre of land and 10,000 square feet of buildings sold via a lease-back arrangement, and Appel still planned to operate his handbag factory. Per a very nice person who answered us on Therm’s Facebook page after asking its owner about this for us: “Therm was incorporated in 1935 and the manufacturing facility was built on the land above the pocketbook factory in 1937. When the pocketbook factory closed in 1959 it made sense for Therm to purchase their 2 buildings to complete their land holdings. The 2 original buildings are still in use. One is used for storage and training. The other is a carpentry shop. Something cool to note is that the building we use for training still has the original floors. Sometimes old buttons and notions from the pocketbook factory are found in the crevices.”
Despite the declaration that it would keep making handbags, R. Appel Inc. closed its doors for good in 1960, which would be the last time the business was listed in the local address directory. There were no further articles about the Pocketbook Factory in the Ithaca Journal newspaper (other than historical articles many years later), and the word Plasticflex (also Plastic-Flex) went on to be used in advertisements for products such as girdles, mops, chairs and ice cube trays.
The Appels retired to their home on Autumn Road in Lakewood Township, New Jersey. The Vintage Purse Museum is not entirely certain when Eva passed away as there are several people with the same name in the genealogy records, but we believe Robert died in 1970.
The collaboration between Florence Kuhlman and Rubin “Robert” Appel was not without its difficulties, yet their product certainly helped a town's economy and contributed to its history. What remains is an appreciation of integral parts of an extraordinary process—inventor, businessman, hardworking Ithacans—creating an innovative handbag fashion that continues to defy time.
The information in this post was gleaned from newspaper advertisements and articles, as well as a genealogical website and historical documents. We located a relative of R. Appel and they were extraordinarily nice when we conversed via telephone, but asked not to be identified. Whenever we write articles about handbag manufacturers for our website, we respect the privacy of the people with whom we speak. The relative was very young when R. Appel closed his business, so they were unable to give us any information about the company, but they remember Mr. and Mrs. Appel as warm and loving. We also located a relative of Plasticflex inventor Florence Kuhlman, and are appreciative of their kindness and support as we sought to learn more about her. 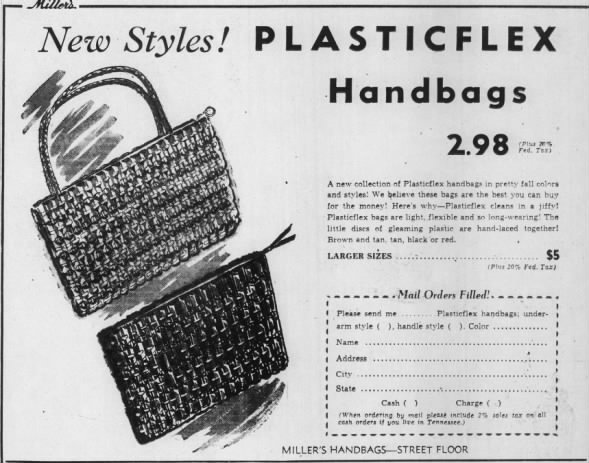 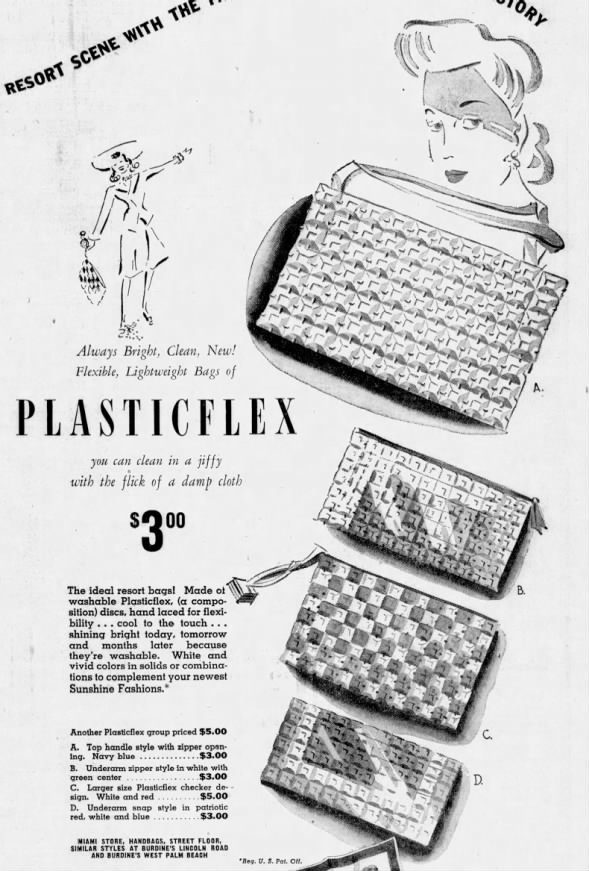 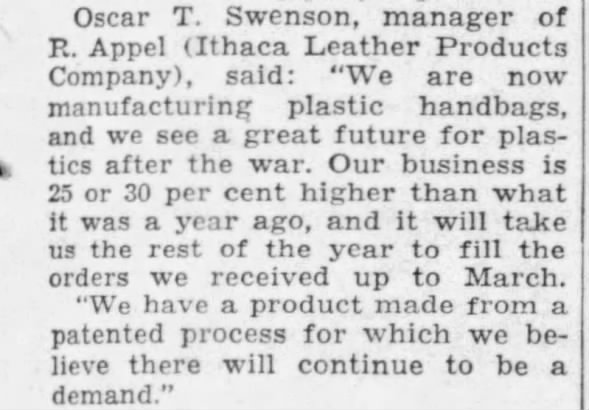 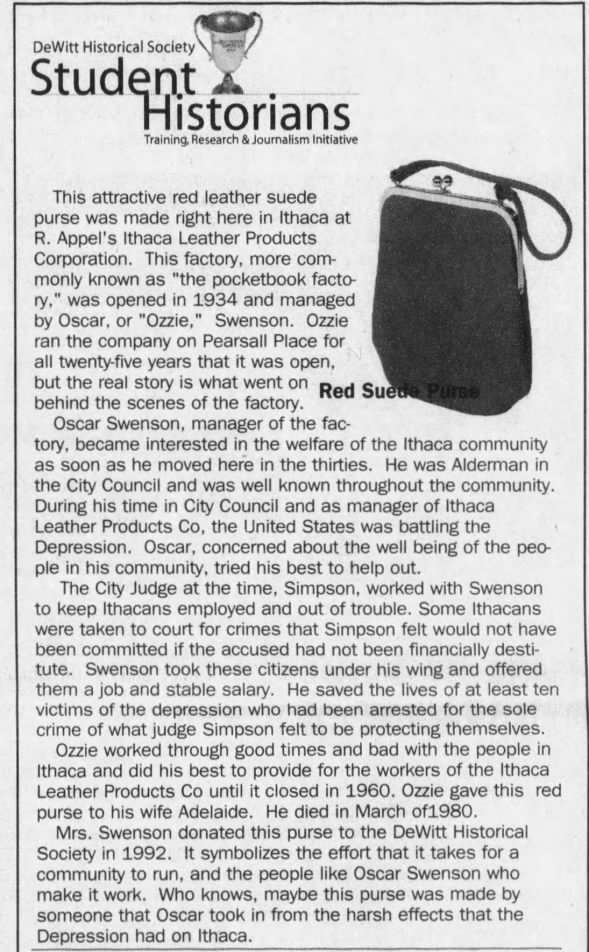