December 02, 2020
SPECIAL POST: Virginia Art Goods Studios – Women-Owned Handbag Manufacturing Company
Virginia Art Goods Studios was a prolific maker of leather and fabric handbags of many different designs, but specialized in an innovative patented “slip cover” style. The company has the distinction of being one of the very few—if not only—women-owned purse manufacturers of the 1920s.
In 1925, sisters Mamie Rohr (Mamie Eulah Rohr, 1879-1965) and Bertie Rohr Thornhill (Roberta Esther Rohr Thornhill, 1884-1965), established the Virginia Art Goods League, Inc. The name was changed to Virginia Art Goods Studios, Inc. in 1927. There was another member of the corporation, Frances Oglesby (Sarah Frances Wingfield Oglesby, 1875-1961), who wasn’t as well known as the sisters. Their corporate titles, respectively, were president, secretary and director. Bertie’s son J. Steven Thornhill (1918-2005) became vice president of the company in 1945. Mamie and Bertie's sister, Florence M. Rohr (1878-1959) was a schoolteacher. We did not find any evidence that she was employed by Virginia Art Goods.
Bertie had business experience roasting and bagging nuts, which she sold statewide, and Mamie had been making handbags as gifts for friends when they decided to start their purse company. Their early models were called “butterfly bags,” with a loop in the back in which a handkerchief could be pulled through to form a bow. According to a 1955 newspaper article, they earned $90,000 in their first year of business. (The article indicates they started their business in 1929, so it took some time to gear up after incorporating.) They made many styles of handbags over three decades, and Florida was a huge market for them, particularly with the lightweight, summery slipcover model. One Florida newspaper article said that Mamie enjoyed wintering in Miami, so perhaps she had contacts there to help establish the brand. When it came to publicity, the gregarious Mamie Rohr was at the forefront of interviews and profiles.
The sisters owned a number of US patents in the 1920s-1940s, including one for a “hand bag and hand bag cover,” and multiple others for “handbag,” “cover for handbag” and “launderable hand bag,” as well as 1933 and 1935 Canadian patents for a “sacoche” (satchel). 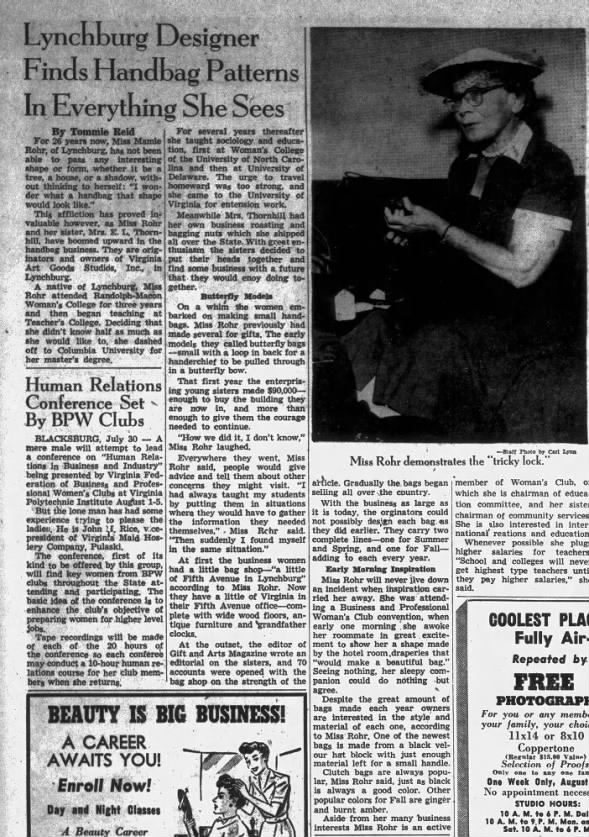 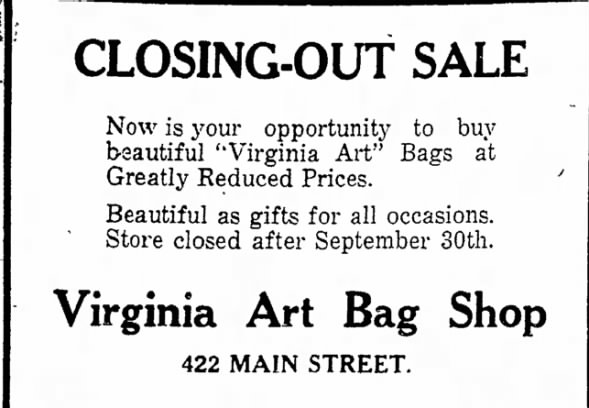 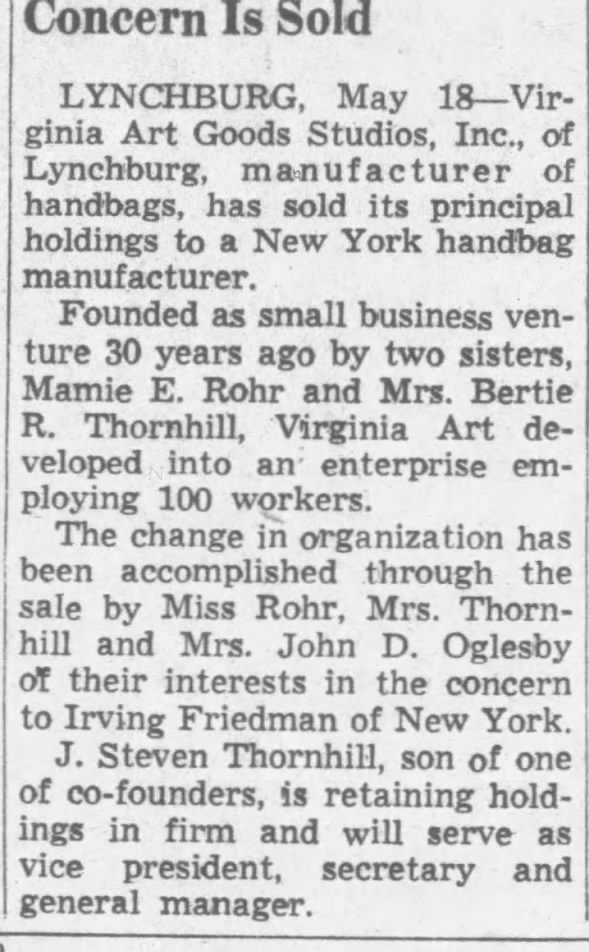